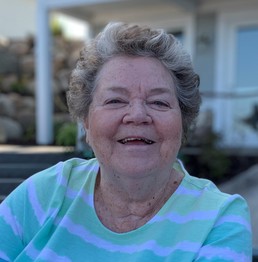 Carolyn Ruth (Davis) Campbell, age 76, passed away on January 11, 2022, at her home in Brainerd. Carolyn was born in Plato Center, Il to A.B. & Olive Ellen (Moore) Davis. She graduated from Auburn Senior High School in Rockford, IL. then attended North Central Bible College where she met the love of her life, Larry Joseph Campbell. They served the Lord together for 55 years. Early in their ministry together they traveled with their young daughter from church to church sharing the love of Jesus with children throughout the midwest through puppetry, clowning, skits and music. When their second child came along, constant traveling became difficult and so they settled down in Waupaca, WI. There they lived, loved and served the body of Christ in various ways. It was during this time their love of people with disabilities really took root in their hearts. Their experience in working with children and communicating the Gospel in simple terms was the perfect skill set for this calling. During this time they also took on the ministry of foster care. Many children called the Campbell home theirs over those years. The most precious of those gifts was a little boy who came to them only a few weeks old. In time it was clear that he was meant to be a permanent part of the Campbell clan. Their third child was finally adopted legally though he had been adopted in their hearts years before. Carolyn was side by side with Larry in ministry their entire lives. Carolyn always had to have a plan, and often she would ask, “what’s the plan”. If you didn’t have one yet, she would give you one or at least offer a strongly suggested option. After moving from Waupaca, they eventually planted a new church in Columbus, Wisconsin. Sensing the call from God to expand their ministry to people with disabilities full-time they stepped out in fatih to become appointed missionaries. They traveled the country sharing Biblical truths to those that many cast aside. Carolyn really loved “the least of these''. In 2008, Carolyn contracted a flesh eating strep infection in her lungs. She spent over a month in Abbot hospital in Minneapolis in a drug induced coma. Nurses would be brought into her room to be trained in “worst case scenario” care and she was not expected to live and if she did the family was told she would never walk again. Clearly God had another plan. Within months of being released from the hospital she walked up the stairs of the hospital (the elevator was out of service) with a gift basket for the medical staff in the ICU to thank them and to demonstrate to the workers the power of her Lord to heal. The last few years she worked locally helping lead the Lakes Area Disability Ministry with their Friend to Friend weekly chapel services as well as volunteering at both the Heritage Church and MN Adult & Teen Challenge in Brainerd, Minnesota.
Left to cherish her memory are her husband, Larry; children: Lori (Sam) Anderson, Curtis (Alyssa) Campbell and Marcus Campbell; grandsons: A.B., Jonas and Deacon; brother, John Davis; sister, Debra Chivers.
Carolyn is preceded in death by her parents; brothers: George Davis and Kenneth Davis; brother-in-law, Charles Chivers.
We will celebrate Carolyn’s life on Sunday, January 23rd at Heritage Assembly of God in Baxter, MN. Visitation will be from 2pm until the start of the service at 4pm.