To share your memory on the wall of Donald Norr, sign in using one of the following options:

Provide comfort for the family by sending flowers or planting a tree in memory of Donald Norr.

Provide comfort for the family of Donald Norr with a meaningful gesture of sympathy.

Receive notifications about information and event scheduling for Donald 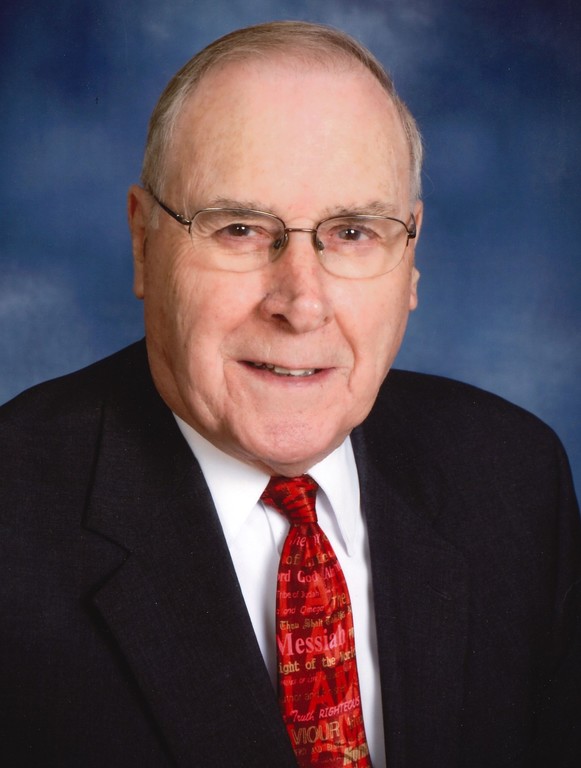 We encourage you to share any memorable photos or stories about Donald. All tributes placed on and purchased through this memorial website will remain on in perpetuity for generations.

We were so blessed to have Pastor Norr, in our parishes. We will cherish the times of fellowship and stories. We pray, for God's grace and mercies for you all in this time of grief. The Lindquist's, & Hope Lutheran, Northome.

Pastor Norr will be deeply missed. Our family cannot express our gratitude for having him in our lives even if it was just for a short time. While he provided services at our church, he had visited our home to pray for our unborn child, Elizabeth, as she was diagnosed with a prenatal malformation. Throughout the pregnancy, he was continuously checking on us and the status of Elizabeth. We will never forget his compassion and kindheartedness during this difficult time. We also had the blessing of having Elizabeth baptized by Pastor Norr. He will be remembered as such as a kind, caring man devoted to Christ. We also know he is not only joined with the Lord but also reunited with his wife who he spoke lovingly of so often. We will be sending thoughts and prayers to Pastor Norr's family.
Comment | Share Posted Jan 20, 2021 at 10:34am via Condolence
DB


I will be ever grateful for the services Pastor Donald Norr provided at the Columbia, Rouchleau, & Alice Nettle Apartments in Virginia, MN. Working as a nurse, I brought residents to the services, & they were ever so grateful to Pastor Donald Norr. RIP dear friend.
Comment | Share Posted Jan 12, 2021 at 07:31am via Condolence
GS

I will greatly miss Uncle Don, especially at the Norr Family reunions. He led the worship service which always concluded the reunions. He had a great sense of humor as I think of the stories he and his brothers would tell at the reunions; each version of the story would be more embellished. Oh how the brothers laughed as they tried to outdo each other! And his faith was evident in his life as he was always available to counsel and lend a helping hand. You could sense how deeply he cared for each person he met. My prayers are with each of you and your families: Brad, Scott, Tom, and Matt. May God comfort you.