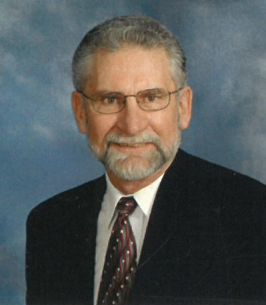 "Ernest Byerly, of Crosslake, passed away peacefully in his sleep surrounded by family on Tuesday September 6th after a long battle with cancer.

Ernie was born on July 27th, 1947 in Hayward, WI where he was raised and became a lifelong Packer fan. He began his professional career at Fingerhut, in Minneapolis, where he made many lifelong friends and met his wife Valere (a Vikings fan!). He and Valere wed in 1976 and enjoyed 10 years of frequent travel and golf before settling in the Chicago suburbs to start their family. In 2003, they moved to Crosslake, MN, where they bought The Exchange Bar and Grill and managed it for several years. As a dedicated and loving husband, he cared for his wife throughout her battle with ALS, providing peace and allowing her to maintain dignity until her passing. During his retirement he was an avid golfer and took any chance he could to beat his friends, nieces, and nephews at the game. He never had a bad word to say about anyone (unless it was on the golf course). Though he experienced many tragic events in his life, he remained stoic and never lost his faith in God. He was always generous and kind. He will be greatly missed by all who knew him.

He is preceded in death by his wife Valere Byerly of Luverne, MN and his father Max Byerly of Hayward, WI. He is survived by his two children Megan Ellenburg of Oakland, CA and Emily Berg of Proctor, MN; grandchild Paige Berg; siblings Nancy Poppe, Max Byerly, Judy Bublitz, Brian Byerly, and his mother Irene Byerly.

The funeral and visitation will be held on Friday September 16th at Crosslake Lutheran Church with visitation starting at 11:30 and service beginning at 12:30, followed by a lunch and an evening celebrating his life at the Crosslake American Legion where he volunteered. All are welcome to celebrate his life, drink in his honor, and tell stories. A private family burial will be held on Monday September 19th in Hayward, WI.

In lieu of flowers, please donate to some of Ernie's favorite charities: The Wounded Warrior Project, St. Judes, or your favorite reputable cancer research organization. "