To share your memory on the wall of Larry Christenson, sign in using one of the following options:

He was preceded in death by his parents; his brothers, Moses, James, Raymond, John; sisters, Mable, Bernice, Jeanette, Helen “Rig”.

He was a faithful, loving husband, an amazing dad and a class act grandpa. He loved life, people and most of all, he loved his Lord and Savior and was quick to speak a word on His behalf.
While today he is sadly missed, we are rejoicing with him as he is in the presence of his Lord and Savior. No more dementia, achy bones or old tired body!

A funeral service will be held at 1PM on Monday, October 12 at Community Church of Nazarene in Merrifield. Visitation will be one hour prior to the service at the church.

Arrangements are with the Halvorson Taylor Funeral Home in Brainerd.
Read Less

Receive notifications about information and event scheduling for Larry

Print
A funeral service will be held at 1PM on Monday, October 12 at Community Church of Nazarene in Merrifield. Visitation will be one hour prior to the service at the church.

We encourage you to share your most beloved memories of Larry here, so that the family and other loved ones can always see it. You can upload cherished photographs, or share your favorite stories, and can even comment on those shared by others.

Posted Oct 25, 2020 at 01:15am
We bid a temporary farewell to our longtime friend from Webster City days. We look forward to hearing him play that steel guitar! OUr condolensces to Barb and the rest of the family. Sandy and Bob Malone
Comment Share
Share via:
DH 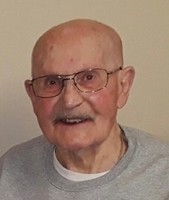