To share your memory on the wall of LaVon Skoog, sign in using one of the following options:

Provide comfort for the family by sending flowers or planting a tree in memory of LaVon Skoog.

Provide comfort for the family of LaVon Skoog with a meaningful gesture of sympathy.

After Clinton was drafted in 1943, LaVon went to Detroit, MI and got a job at the Ford River Rouge Plant, Dearborn, MI, where she worked on B24 airplanes. She was one of the famous “Rosie the Riveters” in WWII. She had to return home in 1944 to nurse her mother through surgery, and after that, she went to work at the Minneapolis Honeywell, where she cleaned prisms for tank periscopes – which was ‘boring work’, she said. After marriage, Clinton re-enlisted in the Army and she operated on the theory of “Whither Thou Goest, I Will Go”, and followed him to Colorado Springs, CO, Chicago, IL, Gary, IN, Baltimore, MD, one year on Okinawa, six years in Japan, and Pontiac, MI. She loved it all. While in Japan, she served as President of the Officers’ Wives Club, and volunteered as pianist for two Children’s Choirs at the Post chapel. She took art classes and blessed others with her paintings. After Clinton’s retirement from the Army, they returned to Brainerd, in the South Long Lake area. She volunteered as organist at the Bethany Good Samaritan Village worship services beginning in May 1979 for about 20 years. She had joined the South Long Lake Presbyterian Church in 1939, and after returning to the area was their organist for 15 years doing their Annual Reports and Sunday bulletins until she had a stroke in 1995. She served on two committees for The Christian Women’s Association. She loved bowling, games, and cards, but said she was mainly occupied being a wife and mother – in that order. So when she said to her husband “if she would have worked at an outside job, maybe they would have had more”, he warmed her heart with the words “No, you were right where I wanted you.” They were a devoted couple. They transferred their church membership in 1996 to First Presbyterian in Brainerd. They traveled all over the US, including Alaska and Canada enjoying God’s great creations and each other’s company. In July 2005, she joined the Lakes Area Senior Citizens Group and started playing bridge again after many years. LaVon delivered noon Meals On Wheels for the shut-ins until 2014 and played the organ again for worship services at the Bethany Good Samaritan Village until 2016. LaVon loved a good joke and a good laugh and said that was the secret to her long life.
LaVon always said she did not believe in spending money on dead people and would rather have memorials than flowers. Her suggestions are Camp Jim or Bethany Good Samaritan. The family would like to thank the wonderful staff at Bethany Good Samaritan for their tender loving care for LaVon for the past five months. Their dedication and thoughtfulness goes unmatched. Caring for LaVon and her family, Halvorson Taylor Funeral Home, Brainerd.

Receive notifications about information and event scheduling for LaVon 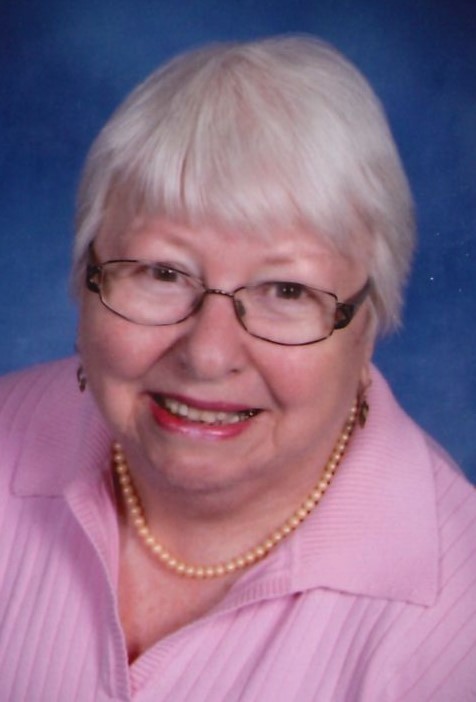 We encourage you to share any memorable photos or stories about LaVon. All tributes placed on and purchased through this memorial website will remain on in perpetuity for generations.

LaVon was a wonderful, kind lady with a great sense of humor. I knew LaVon and Clinton for more than 30 years and they were a very devoted couple. LaVon told me many time that she just wanted "to be with Clinton" and now her wish can come true.