To share your memory on the wall of Lois Yeager, sign in using one of the following options:

Print
Lois Mae Yeager, age 89, of Brainerd, passed away on Monday October 5, 2020 at St. Joseph’s Medical Center in Brainerd, MN. A private family burial will be held at a later date.

Lois was born on the family farm in Richland County, Mon... Read More
Lois Mae Yeager, age 89, of Brainerd, passed away on Monday October 5, 2020 at St. Joseph’s Medical Center in Brainerd, MN. A private family burial will be held at a later date.

Lois was born on the family farm in Richland County, Montana to Herbert and Hazel (Rock) Vanderhoof on October 27, 1930. At the age of five, Lois and her family moved from the farm into the town of Fairview, Montana where Lois lived until she married Ralph Yeager on June 18, 1949. After a year in Polson, MT where Tom was born, followed by a year in Middleton, WI where Leon was born they moved to the Ossipee area of rural Merrifield, MN where Suzanne and Shirley were born and they lived there for the remainder of their lives. Lois helped Ralph build and run a family resort on Lower Mission Lake and helped Ralph raise turkeys, deliver mail and run a school bus company. Lois was a member of Ossipee Community Church. She was a long-time member of the Center/Mission Garden Club, The Grange, and served as a Center Township election judge for many years. She enjoyed crocheting, playing cards and bingo. Lois loved her family deeply, and she was known to the grandchildren as the grandma who always had gum!

Lois is preceded in death by her husband of 69 years; parents; 1 brother; and 1 sister.

Arrangements are with the Halvorson Taylor Funeral Home in Brainerd.
Read Less

Receive notifications about information and event scheduling for Lois

Print
A private family burial will be held at a later date.

We encourage you to share your most beloved memories of Lois here, so that the family and other loved ones can always see it. You can upload cherished photographs, or share your favorite stories, and can even comment on those shared by others. 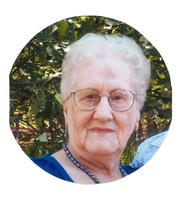