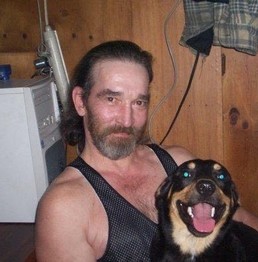 Randy A. Juaire, 59-year-old resident of Park Rapids, MN passed away August 23, 2022 at his home with his daughter by his side. A funeral service will be held at 11 AM on Monday, August 29, 2022 at Halvorson Taylor Life Events Center. Visitation will be one hour prior to the service. Burial will follow at Maple Grove Cemetery.

Randy was born on May 8, 1963 in Brainerd, MN to Barbara (Engholm) and Bernard Juaire. He was united in marriage to Lesly Fuchs on July 20, 1984 at Highland Christian Church. Randy worked as a backyard mechanic and at Stewart Forest Products. He enjoyed bow hunting and woodworking. Randy was a man of few words, so he often wrote letters to those close to him so that they knew how he felt about them. He bonded with his children by rebuilding vehicles with them, fishing, and working. Randy had 16 grandchildren which he absolutely adored.