To share your memory on the wall of Robert Anderson, sign in using one of the following options:

Provide comfort for the family by sending flowers or planting a tree in memory of Robert Anderson.

Provide comfort for the family of Robert Anderson with a meaningful gesture of sympathy.

Robert (Bob/Bobbie) Glen Anderson, age 80 of Motley, MN was ushered into Glory Saturday, January 9, 2021 in his home surrounded by his family.
Bob was born March 30, 1940 in Brainerd, MN to Arvid & Bertha (Cain) Anderson. He graduated from Wash... Read More
Robert (Bob/Bobbie) Glen Anderson, age 80 of Motley, MN was ushered into Glory Saturday, January 9, 2021 in his home surrounded by his family.
Bob was born March 30, 1940 in Brainerd, MN to Arvid & Bertha (Cain) Anderson. He graduated from Washington High School in 1959. He then moved on to heavy equipment trainings and certifications in Wheezer, Idaho, Hansen Diesel Trade School in Fargo, ND, and Radamacher Welding School in Brainerd, MN. Bob worked as a heavy equipment operator throughout his adult life, beginning with Getters Construction, then the Minnesota Department of Transportation, while also building his own business, Anderson Excavating, doing seal-coating, crack-filling, septic design, installation, and more.
Bob joined the Army Reserves in 1961, attending basic training and advanced training at Fort Leonard Wood, Missouri as a combat engineer. He served as a heavy equipment operator and squad leader, training others in combat engineering.
Bob has always lived in the Brainerd Lakes area, including Baxter and Motley, MN where he retired to “the farm,”. There Bob learned to be a true farmer- he was chasing cows when he was 80, and always fixing fence. He was the Pied Piper of Noah’s chickens, goats, ducks, horses, donkeys and sheep. They loved all the day old bread he gathered for them. He enjoyed spending much of his down time at the family property on Miller Lake. He was always right in the thick of things with his kids and grandkids. He turned 80 in March yet you’d never know it. He was the youngest 80-year-old you’ll meet. Active. Busy. Always doing. Bob’s grandchildren always knew they could see him on the top row of the stands, cheering them on at their games and events. You could find him playing volleyball or kick ball at the lake, and even hiking Eagle Mountain. He loved his weekends at the Deer Shack near Remer, MN. He hunted there for decades. You could find him on the pontoon with friends and his grandkids at the lake, serving others with food shelf gifts and talking shop. He was a master “tinker,” cobbling together any and everything to make it work. His patience is legendary. His sons’ patience was not legendary- they got sick of always working on “junk”. Bob just smiled and got it done.
Bob loved music. He began playing the upright bass at the age of 10. He was a longtime member of the Scandinavian folk music group, Skålmusik and Skål Klubben Spelmanslag. He also played bass with his brother Arnie, helping with various area youth orchestras. His love of music was translated to his own grandchildren as they began to practice and play together in church and other area concerts and events.
Bob was a life-long member of First Baptist Church in Baxter, MN, serving for more than 50 years as a deacon and chairman. He was an active member serving in AWANA, as a Sunday School teacher, choir and orchestra member, and youth leader. He also served as a school board member for Lake Region Christian School and as a supervisor for May Township.
Bob loved the Lord. He accepted Christ as his personal Savior as a young boy. His parents were involved church members, so he began attending as an infant at First Baptist and remained active in service and attendance until he got sick this fall. Bob lived his life as the “hands and feet” of Jesus. He shared the Gospel and led many people to the Lord. Bob was a giver of his time, his talents and his resources. You could often find him at the church food shelf, getting groceries to give to a family in need.
Bob’s mantras included “talk is cheap, play the game”; everything was a “piece of cake.” He was the most content yet adventurous man. Gentle, patient, giving and, kind. Bob was a good man who loved the Lord and served Him well.
Left to cherish his memory are his wife of almost 58 years, Peggy (Mills) Anderson, his children Kim and Lynn Germann; Keith and Rachael Anderson, Troy and Liza Anderson, Melissa Boelter, and Leslie and Eric Ding. He is survived and loved by 19 grandchildren, and one great-granddaughter, and siblings Don and Diane Anderson, Arnie and Louise Anderson, and sisters-in-law Linda Anderson and Penny and Dave Bottorff, many nieces, nephews, family and friends.
Bob is proceeded in death by his parents, brothers Lawrence, Dale (Sally), Clint and sister Judy Witta.
A celebration of life will be held on Sunday January 17, 2021, 2pm at First Baptist Church. Visitation will be held one hour prior to the service. The service will be livestreamed on the church website and facebook.
Should family and friends desire, contributions may be sent to the ministry used by Bob to bless others- the food shelf at First Baptist Church. Online giving can be made at firstbaptistchurchbaxter.org, under “give” in the menu. Checks can be mailed: 7398 Fairview Road, Baxter, MN 56401.

Bob’s actions in life can be summed up as:
“Always pray to have eyes that see the best in people, a heart that forgives the worst, a mind that forgets the bad, and a soul that never loses faith in God.”

Receive notifications about information and event scheduling for Robert

Print
Services for Bob are pending. 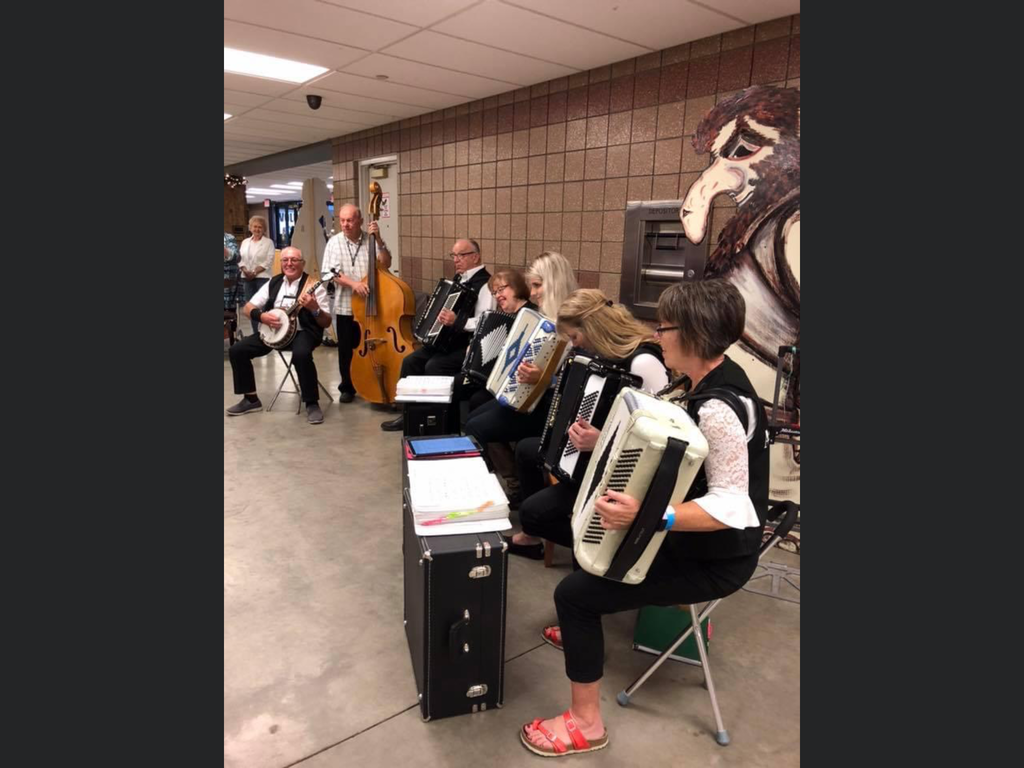 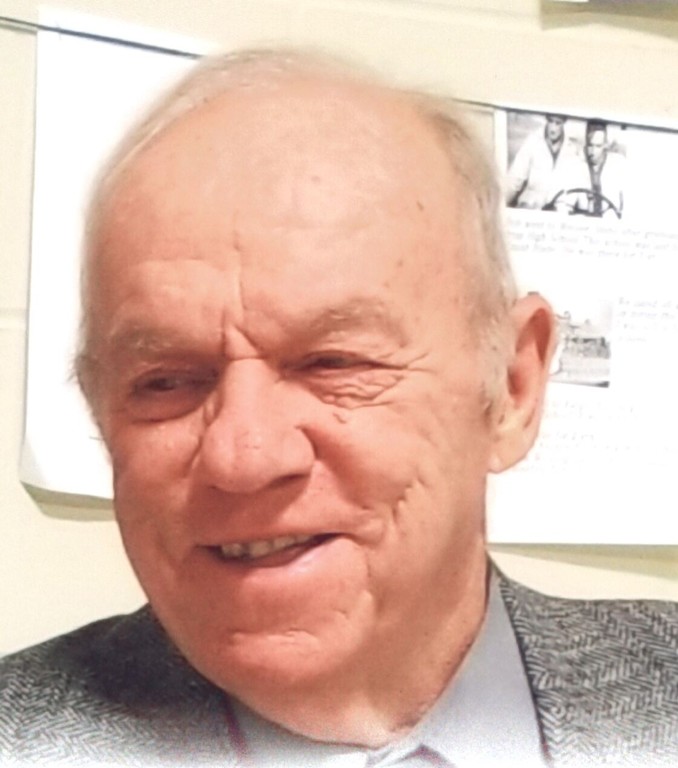 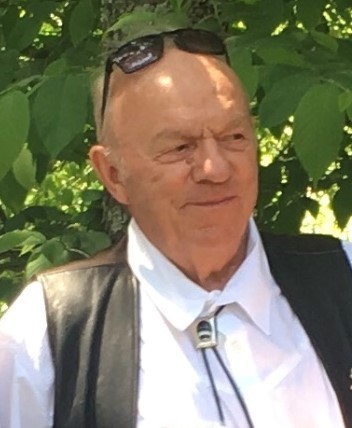 We encourage you to share any memorable photos or stories about Robert. All tributes placed on and purchased through this memorial website will remain on in perpetuity for generations.

Went with Bob to DC on Township business. Always polite and calm. Had many stories to tell especially when he found out I lived near his brother Dale. Prayers for your family.
Anita Anderson
Comment | Share Posted Jan 13, 2021 at 11:26am via Condolence
JL

Bob was a man of many talents. I had the privilege of serving on a couple of Boards with him. He will be missed by many. My sympathies to you Peggy and the family
Comment | Share Posted Jan 11, 2021 at 08:56pm via Condolence

Bob embodied a unique form of solid and steady lightness. His love of family and faith constantly shone through. I’ll miss his smile and sense of fun and storytelling.
Comment | Share Posted Jan 11, 2021 at 12:50pm via Condolence
ER

I met Bob at Hostfest in Minot.He was such a great musician and will be missed greatly.
Comment | Share Posted Jan 10, 2021 at 07:10pm via Condolence