To share your memory on the wall of Sandra Haugene, sign in using one of the following options:

Provide comfort for the family by sending flowers or planting a tree in memory of Sandra Haugene.

Provide comfort for the family of Sandra Haugene with a meaningful gesture of sympathy.

Sandee married Steven Haugene on March 4, 1972 at Walker's St. Agnes church. The Haugene's made their home in Brainerd Minnesota, they had two sons, Jeffrey and Christopher.

Sandee held children's education and thoughtful guidance as a sacred calling that she kept as a daily theme in her daycare for over forty years. She cared for dozens of children during her career all of whom she listed from memory over the last few months. Sandee also taught Sunday School at Trinity Lutheran Church in Brainerd, where she served on several boards and committees finding such comfort in the people that helped serve Trinity.

Sandee quietly departed this life March 2, at Woodland Senior Living Apartments in Brainerd with her family by her side and her friends in their prayers. She was preceded in death by her late Mother Pauline Aitken, brothers Duane, Roger and Larry Aitken.

Services will be March 11, 2020 at Trinity Lutheran Church in Brainerd. Visitation begins at 10 a. m. and formal services begin at 11 a. m. Memorials only please, instead of flowers.

Receive notifications about information and event scheduling for Sandra

Print
A memorial service for Sandra will be held on Wednesday, March 11, 2020 at 11AM at Trinity Lutheran Church. Visitation will be one hour prior to the service. 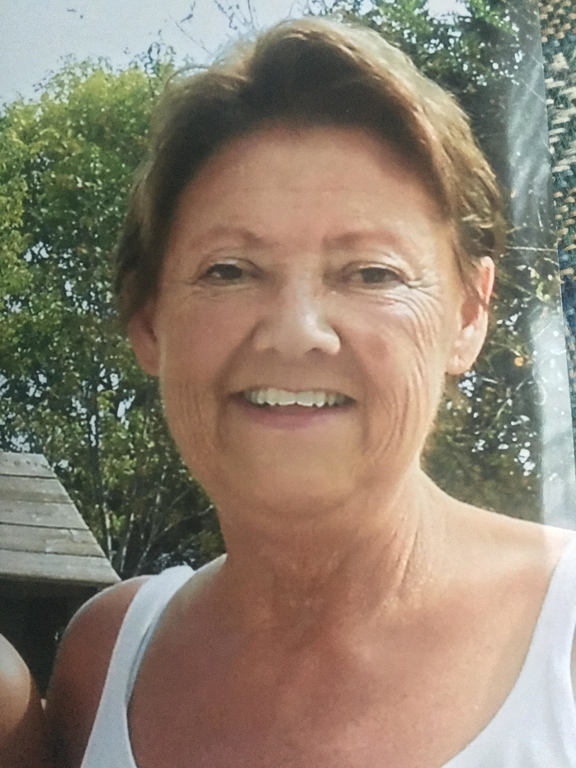 We encourage you to share any memorable photos or stories about Sandra. All tributes placed on and purchased through this memorial website will remain on in perpetuity for generations.

Dear Steve and family,
I am so sorry to hear that you lost Sandee. She was a wonderful person and I was very lucky to meet her and have her for a friend when I went to Bemidji to school. My heartfelt sympathy to all of you- Mary Ann (Lee) Olson
Comment | Share Posted Mar 09, 2020 at 09:27pm via Condolence
MM

Steve & Family-
I am so sorry for your loss of Sandee. She was a amazing person. Your family has a special place in my heart. Sending love and prayers to you all.
Comment | Share Posted Mar 05, 2020 at 06:12pm via Condolence
KO

Steve and family,
I am so sorry for your loss. She was an amazing day care provider to our son who she called “my little angel Andrew”. She will be missed by so many that she cared for. Remember the good time. Prayers sent your way!
Comment | Share Posted Mar 05, 2020 at 04:04pm via Condolence
RB

Dear Steve and family,
I was so sorry to hear that you lost Sandee. I am sorry to say that I didn’t know she had been fighting cancer. I was wondering why she wasn’t at the cookie walk at St Agnus at Christmas time. I always looked forward to visiting with her when you came up for that. I am currently out of the US so will not be able to attend her services, but please know that I am thinking of you and your family and praying for Sandee, she is at peace now. Rolla Bialke
Comment | Share Posted Mar 04, 2020 at 08:47pm via Condolence
KH

Dear Steve and all the grieving family,
I am sending heartfelt condolences to you with sincere wishes for comfort in the following days and continued support in the future. Sandee sounds like she was well loved. Her life touched so many others. May she rest in peace.