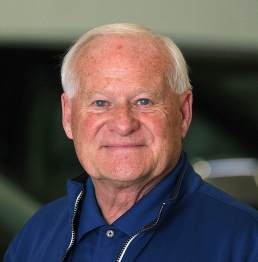 William (Bill) Holbrook, Brainerd, MN, went to be with Jesus on January 7, 2022 at Essentia St. Joseph’s Medical Center in Brainerd. A Celebration of Life will be held on January 22, 2022 at 2pm at Heritage Church in Baxter, and will also be live-streamed.

Bill was born on July 11, 1941, in Brainerd, MN to Orvie W. and Alice M. (Rardin) Holbrook. He went to school in Brainerd where he graduated in 1959 and attended Northwest College in Kirkland, WA, where he met the love of his life, Toni A. (Gibson). They were married six months later and raised three children together.

He started working at Potlatch in 1961 and retired in 2002 after 41 years of faithful service. He then worked several years as a porter for both Mills GM and Ford, where he was able to meet new people every day and spread kindness and joy, as he always did everywhere he went. He would talk to anyone and everyone, no matter who you were. He just loved people, and loved his family fiercely.

Most important, Bill loved Jesus, and lived his life as an example of who Christ is. Everyone he met saw something different about him; you could see the love, joy and peace in his eyes. He is now walking and singing on the Streets of Gold. He was chaplain for 20 years for Racers for Christ at Brainerd International Raceway. He obtained his license to become an ordained minister and officiated the weddings of two of his granddaughters.

Next to his family, he lived and breathed music. Bill, along with Nora and Darwin Olson, formed a trio called Expression of Love. He recorded a solo album, “A Very Special Grace” in 1981. Bill’s music career was most known for his many years with the Crystal City Quartet alongside David Campbell, Scott Campbell, Kurt Rothwell and pianist Bea Sundquist, recording three southern gospel CDs and holding concerts throughout the state and region. One of their highlights was singing at the Indianapolis 500. He was also President of Full Gospel Business Men’s Fellowship International, Brainerd Chapter for several years.